Mountain biking in the footsteps of Livingstone...

"If we don't find this track soon, I'm going to cry" said Lynne, looking to me for reassurance.  "If we don't find the track soon I'M going to be crying right alongside you!" I replied, at which we both broke out laughing.  We'd been off track for about an hour, moving NNW to meet a track that we should hit 30 minutes ago but which resolutely refused to appear.  We were exhausted, scratched, bleeding and black with soot after dragging our bikes through burnt out bamboo thickets, across gullies, up hills and over log jams.

Yes. It was one of the best days of our lives.

Tanzania is mountain bikers paradise!  You can find single-track, bicycle track, no track and dual track (aka 4WD wheel ruts) for social riders.  There are even heaps of great serious downhill section – perfect if you want to add extra spice to life by being at least 10 hours from a hospital. Oh, and you need to bring your own bike… The nearest mountain bike shop is in Johannesburg, 2,500 km south of here. 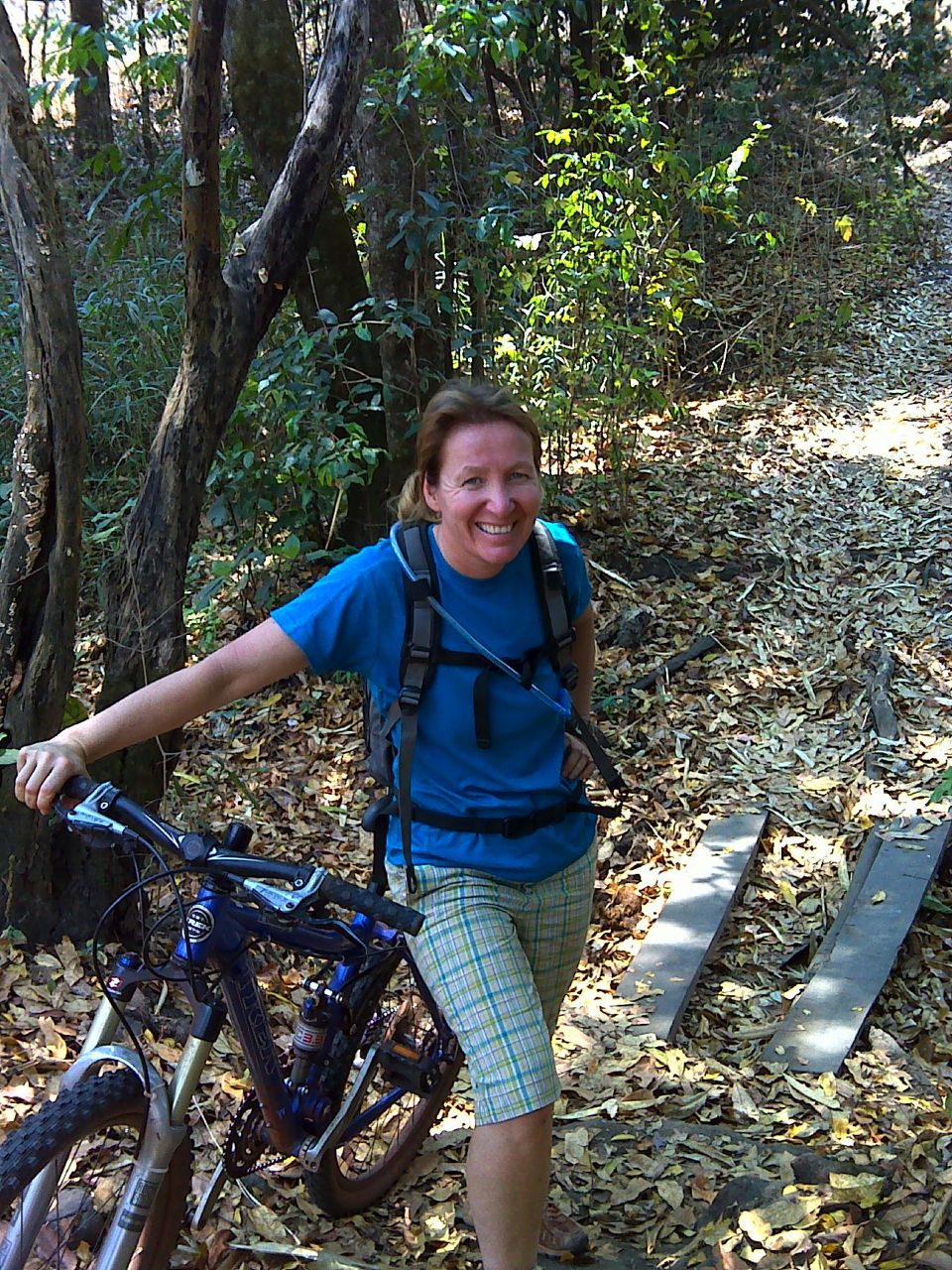 Lynne and I have just come back from two days in the bush outside Mahale National Park. It’s not far from Lake Tanganyika – a mere 5 days hike across the Mahale Mountains. That is to say, it’s basically in the middle of nowhere… 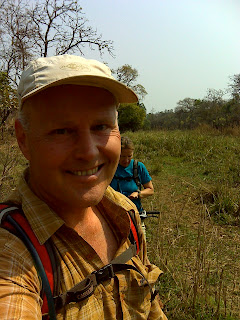 The drive to the start point is worth a story in itself. Suffice though that it's seriously tough 4WD country (even for an ex-Pilbara boy). It took 5 hours to drive, crawl and bounce the Landcruiser 70km down off the escarpment where we camped for the night on the banks of a secluded river.  The next morning we set off early, bouncing the 4WD a few km to the tiny village of Ungalaba where we left the car and headed off on mountain bikes. 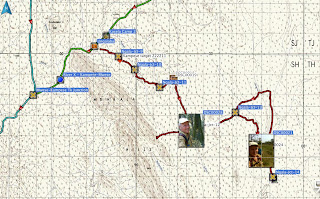 The purpose of the visit was to traverse the network of local bicycle tracks and find a route that would let us take 4WD’s into the region to do some soil sampling. Easier said than done. Even armed with topo maps and the trusty Garmin Oregon 550 (which is a superb piece of kit btw), it’s still easier said than done. The topography varies from impossibly steep and gullied to near flat open country but the bicycle tracks meander with a rhythm known only to the locals. On second thoughts, I suspect even the locals don’t really know why the tracks meander as they do. Farms come and go, entire villages move and cattle farmers stop/start using tracks depending on the rainfall and grasses. 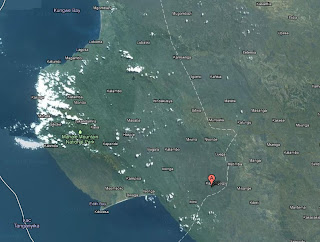 We only had 20km to traverse as the crow flies but that day we managed to cover about 40km and still end up 6km short of the target. Along the way we managed to end up completely off track, hauling the bikes over and through bamboo thickets, up the side of gullies and through dried out marshland. Luckily it’s the dry season and we could mostly navigate through burned out patches of bush which we could often cycle without a track.  But mostly we meandered down cycle tracks, flipped coins at junctions, crossed sadly dried river beds and stopped to chat with local farmers who seemed to have nothing better to do than wait for two crazy mzungu’s to appear at their farm on mountain bikes.

After seven hours we made our way back to the Landcruiser for the four hour drive back up the escarpment. We were hot, sweaty, covered in cuts, eaten by tetse-flies, filthy and exhausted… But we were wearing smiles from ear to ear, had found a way into Ngalamuso and...

... we had mountain biked where no mzungu has been since Livingstone. :-) 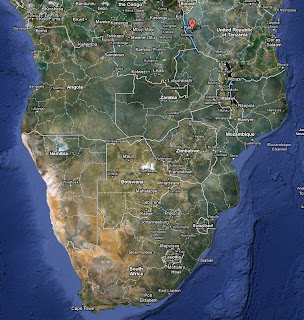