Just back from 2 weeks of very lazy beach time on the African coast. We'd planned a host of adventure activities for our 2 week break including diving with great white sharks off Cape Horn, visiting friends in Capetown and beach fun in Mozambique.  In the end though, after 70 days without a day off, we decided that itinerary with it's 6 days in airports with mid-winter diving in the southern oceans wasn't the best idea we'd ever had. 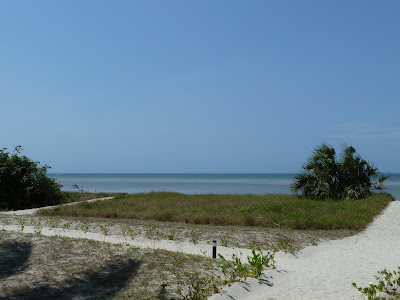 For the rest of you unfortunate souls not planning a beach holiday anytime soon... Time to go back to surfing the web, skip back to the previous blog entry or check out some highlights inspired by the road trip to Pangani. Hiring a car to drive up to the beach was a relatively cheap and easy affair. Driving on Tanzanian roads on the other hand is a thrill a minute affair. Don't quite need the concentration levels of a formula one race, but plenty of examples along the way of drivers who lost concentration momentarily...

Beaches in Tanzania.
Skip Zanzibar unless the mystique of the name is enough drawcard, or you're happy with touristy party places. Great beaches but very touristy and not the best value for money you'll find.


Head instead for Tanga, then Pangani and in particular Ushomo Bay...  We spent 5 days at Peponi Beach Resort and liked the place a lot. 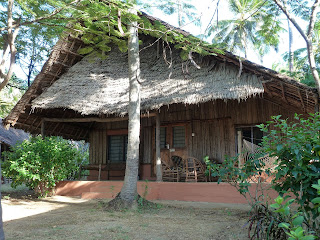 Beach is so-so but overall good value for money. USD$85/night for 2 people in a banda (cabin) including brekky & dinner. Even better value is the camping at $5/night. Bargain! And friendly owners as well, although to be fair, I'd have to say that the owners and managers at every place we checked out or stayed at were some of the nicest people you could hope to meet. Must be something about people who choose to live/work at a beach resort.  Peponi meanwhile is rustic but relaxing and it has an abundance of hammocks. 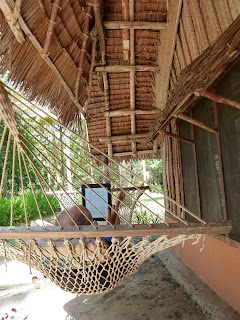 Capricorn next door to Peponi is even nicer and has 3 self-catering bandas with a deli where you can buy the food. It’s also the only place along the coast where you can get capuccino/espresso coffee. More expensive than Peponi but then again nicer also. 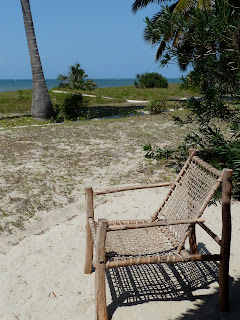 We had a look at Tulia, Emayani, Tides and Beach Crab at Ushomo bay. Ushomo is definitely a much nicer beach. Lots of seaweed last week due to some storms offshore but apparently October/November is the best time of the year for water clarity and lack of seaweed. Beach Crab is about the same price as Peponi but didn’t have an empty banda and their ‘tents’ didn’t appeal. Although nice, it felt to us a bit like “we’re in Lonely Planet now and always full, so we don’t have to try too hard” feel about it. Maybe that's just us, but first impressions and all that. 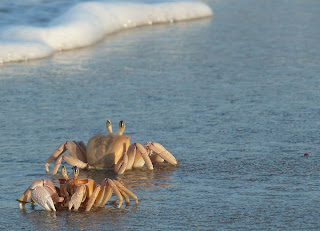 Tulia is next to Emayani and owned by the same people. It's nice and reasonably priced but basic, and the bandas (huts) only had single beds. Tides is nicest place around and not as expensive as the website suggests but it's still the most expensive place around. If you fancy a splurge though, the Tides is very, very pleasant and not bad value if you ask for local rates.  It probably also has the best beach in the area, right in front of it.


We ended up staying at Emayani for 5 days where the beach is not bad, the bandas are nice and (sad for the owners but good for us) we were the only people there for most of the 5 days, so had the run of the place. USD$145/night for half board for 2 people (residents rates) so it was a bit of a splurge but well worth it. There’s a dive shop on site and you can hire kayaks. Managers name is Jan, Diveshop couple are Wym and Kirstin. All nice folk.


Overall, Peponi and Beachcrab are where most people head and they are roughly as nice as each other. Peponi is nicer place but lesser beach and Beach Crab vice versa.  Capricorn, Emayani and Tides at double the price are still good value though if you’re looking for somewhere nicer. 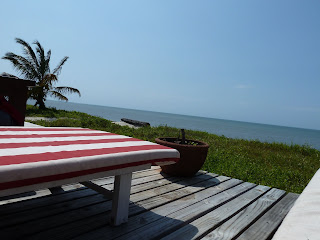 Best lazy holiday for ages...  Read 12 books between us and still had time to eat, sleep, chillax and even do a couple of dives.  Next break in September is looking like being slightly more active: probably dirtbiking in Ethiopia, Namibia or the like but stay tuned. 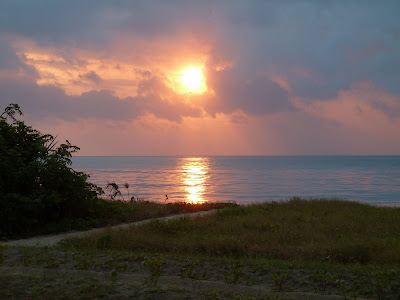